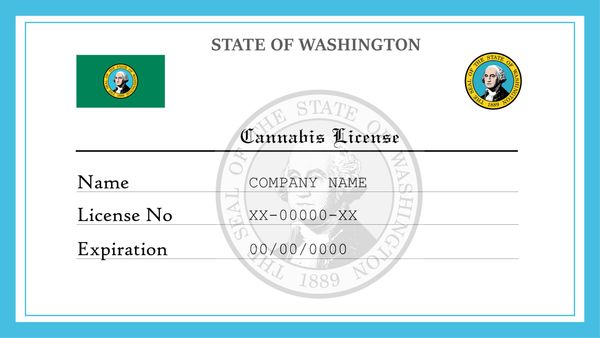 The state of Washington is one of the many states in the USA that has decriminalized the use of marijuana. Such states are Arizona, Montana, Alaska, Nevada, etc. Continue reading to learn about the process.

In the 1920s, Washington was one of the states to criminalize marijuana. Shortly after, in 1923, the WA Legislature passed “House Bill 3” which determined “indica” and “americana” as recreational drugs. People possessing such products were sentenced to prison for one to ten years.

Meanwhile, enforcement of the law was infrequent because weed use was not common in the territory. However, during the 1960s, hemp use became more common. In addition, the lawmakers began to improve existing laws. In 1971, the legislature decriminalized the possession of 40 gr or less of the product, making it a misdemeanor. As a result, cannabis was no longer considered “narcotic” or “opiate”.

Still, under both the Controlled Substance Act of 1971 and the federal Controlled Substances Act of 1970, marijuana remained a “Schedule 1 drug”. It was described to have “no currently accepted medical use” and “high potential for abuse”. In 1979, notwithstanding its “Schedule 1 drug” status, the Court of Appeals declared there was a medical defense for its possession. The court recognized the necessity of medical-excuse hemp but under certain specific circumstances. However, MMJ users had no legal way of purchasing the drug.

Later, the decriminalization wave of the 1970s followed. At the same time, several states tried to decriminalize the recreational consumption of hemp. Due to public support, reform continued to grow up to 2012.

Eventually, in November 2012, voters approved a ballot Initiative “I-502”, legalizing the recreational consumption and sale of weed with 55% of the vote. Passing Initiative “I-502”, WA decriminalized marijuana use and possession for adults 21 and older.

Shortly after, the government established a regulatory system by issuing Washington Cannabis and Marijuana License. Thereby, it created a framework for the production and sale of recreational marijuana.

In Washington, it is illegal to cultivate recreational weed. Legislators made an effort to change this. At that time, rep. Shelley Kloba introduced the bill “HB 1019”. According to it, per adult is allowed to cultivate up to six cannabis plants and per housing unit up to 15 plants.

On January 22, 2021, the bill HB 1019 passed the House Commerce and Gaming Committee, but it was referred to the Appropriations Committee and did not receive a vote.

Under the laws, adults 21 and older can buy in a single day up to:

MMJ users can purchase and possess up to:

Driving under the influence of weed and consumption of it in a vehicle is illegal for both drivers and passengers. Whereas, transportation of weed or marijuana-infused products is legal in vehicles. Must be remembered that it should be in a sealed container or the trunk, invisible to the general public.

You do not have to be a WA resident to legally buy the substance. Nonetheless, transportation of marijuana-infused products across state lines is illegal. According to the legislature, more than 5 nanograms of active THC per milliliter of blood is illegal for driving. It is preferable not to drive at least 5 hours after inhalation. The period is even longer after consuming edibles. Driving under the influence of weed may result in significant legal penalties.

In contrast to the vast majority of the country that has legalized the substance, WA continues to criminalize the cultivation of recreational weed. However, people with qualifying conditions can cultivate up to six plants on private property and possess 8 oz of usable cannabis. At the same time, a healthcare practitioner or qualified physician may authorize a person to cultivate up to 15 plants or possess 454 gr or 16 oz of usable hemp (produced from their plants).

As of 2019, the Washington State Liquor and Cannabis Board is not accepting new applications for growers.

In 2015, the Legislature passed “SB 5052”, the Cannabis Patient Protection Act, setting up official regulations for the use, possession, and production of MMJ. License program is controlled by the Washington Department of Health. Certified practitioners can authorize the consumption of cannabis for medical excuses. It must be medically appropriate under the law.

On the whole, the Department of Health has stated by June 29, 2018, that it has issued up to 33,384 recognition cards. And still, the most frequent qualifying condition is severe pain, making up 77% of certified adult patients.

Qualified users may purchase up to three times the current limits for recreational hemp. Medical licenses have one-year validity for adults and six months validity for minors. Note that certain authorized healthcare providers may define an earlier expiration date.

Individuals under certain terminal or debilitating medical conditions may benefit from the program. They ought to be under their healthcare practitioner’s care.

To obtain a medical card residents should do the following actions. First, they should get an MMJ Authorization form to submit to a healthcare practitioner. The given practitioners and certified professionals are authorized to evaluate individuals for MMJ recommendation.

Secondly, patients must register with the MMJ Authorization database. They may get assistance from certified consultants.

Thirdly, they should be added to the Authorization database. Finally, they should obtain their recognition card from any medically endorsed MMJ retailer.

Hemp can be bought only from a licensed retailer. Furthermore, medical users and their caregivers may purchase hemp from any state-licensed retailer. There are several things that you have to pay attention to.

Despite everything, there is an additional tax for retail consumers. In addition to regular state and local sales tax, all retail cannabis sales are subject to a 37% excise tax. Patients are not subject to the retail sales tax or excise tax.

All cannabis products cultivated and processed in WA must pass a test in a multi-step process by a third-party lab testing facility. The following tests must be certified by the licensed labs: 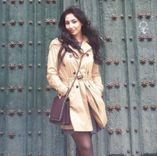 Ani is a Content Writer, YouTube scriptwriter and voiceover artist. She is currently earning BA degree in English Philology in the University of Valladolid, Spain.